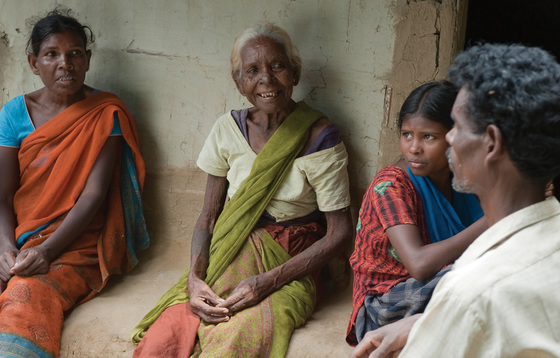 Just What They Needed: Goat Milk

Providing for a family can be hard enough on a normal salary, but on a daily wage labourer’s, it is nearly impossible. Add in the expenses of multiple families living together, and survival becomes a daily struggle.

Sudhira and her husband, Eshan, along with their two young daughters, live in a three-room mud house with Eshan’s brother, Orian, and his wife and two children, and Eshan’s parents. Although each family has their own living area, they share one kitchen.

Eshan and his father are daily wage labourers. They own farmland, but because of the climate and hilly terrain where they live, they don’t usually produce a large crop of grain and corn. Also, they have to rent an ox to plow the land because they do not own one.

Their combined incomes almost meet the needs of the household, but they can’t afford to buy milk. This was one cause of malnutrition in their family, especially for the children. They desired to have their own goat or cow as a source of milk, but their finances simply didn’t allow it.

Eshan and Sudhira knew of no way to change their family’s situation; they had no options. Thankfully, other people had some ideas.

Sudhira and the family were so excited to have their first livestock. From the day they received the goats, the female was producing milk.

Now all four children are able to drink milk every morning, and there is even enough for everyone to have milk with their tea. Thanks to the added nutrients from the milk, the children’s health has greatly improved.

In addition to her housekeeping, Sudhira faithfully tends the goats, and the Lord has blessed her hard work: Two goats have become four.

As thanks to the Lord for blessing her household, Sudhira gave the first litre of milk and one of the baby goats to the church. The entire family is grateful for these goats that have brought them much joy and good health.

Previous: She Would Have Been Looking After Cows