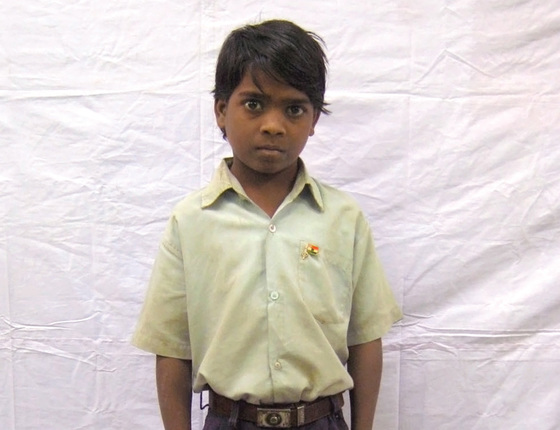 Boy Gets Caught in the Act, Gains Freedom

Kavi doesn’t have mile-high ambitions. He wants to grow up to be a responsible man who provides well for his family and positively influences society. But this simple goal shows remarkable progress in the life of a child who was once an addict.

‘How many years have you been addicted?’

When Kavi was younger, he rebelled against his elders and disobeyed his parents. He often lied to them, saying he was going to school when he was actually going to roam about with friends.

While spending time with these friends, he chewed tobacco. Sometimes this boy, at only 8 years old, even drank alcohol.

It grieved Kavi’s parents that he wasn’t getting a proper education and his health was deteriorating. But they didn’t give up on him. When a Bridge of Hope centre opened in their village, they enrolled Kavi.

Soon, Kavi’s addictions became a concern to others, too. One day when Kavi was at Bridge of Hope, a staff member, Rohan, caught Kavi with tobacco in his mouth and pocket.

“How many years have you been addicted to this?” Rohan asked.

Rohan listened in shock as Kavi replied that he’d been using tobacco for years and that he sometimes drank alcohol. With deep concern for the boy, Rohan explained the dangers of these addictions, and he prayed for Kavi.

The other Bridge of Hope staff members joined Rohan in praying for Kavi each day. In addition, they visited Kavi and his family every week to pray for them and counsel them.

Then, one day, Kavi’s parents came to the centre full of joy to tell the staff Kavi had given up his addictions and was no longer skipping school!

Today, Kavi, 13, is a different young man. He practices good manners and obeys his parents, even helping his mother with household chores. As he recovers from years of chewing tobacco, his eyes are brighter, his teeth whiter.

What’s more, due to the changes in Kavi’s life, his family began attending the local church, and now they know Christ.

Because of your support, children like Kavi are finding new life and the freedom to dream—even if their dreams are simple ones. Thank you.

Next: Out of the Pit and Onto the Waters