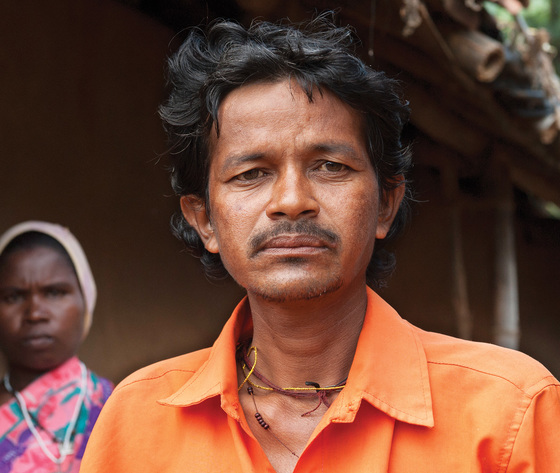 A Terrifying Invitation From Their Persecutors

Like Prajin, many people in Asia who have never heard the Good News view believers with suspicion.

Prajin was the last person Kambojand Bhupal expected to see on their doorstep. A visit from him could only mean bad news, couldn’t it? Kamboj and Bhupal were frightened. The GFA missionaries didn’t know what to think when Prajin invited them to his home to spend time with him and his family. Was Prajin trying to lure them to his house so he and his family could beat them?

For the past month, Kamboj and Bhupal, who served together as a film team, had been ministering in Prajin’s village and the surrounding villages. They prayed for people, visited families in their homes, offered Gospel literature and showed films about Jesus.

But as they faithfully shared the love of Christ, some persecuted them—especially Prajin and his family. Whenever the missionaries passed by Prajin’s house with their film equipment, the family would start yelling at them and verbally abusing them. “They are disgracing our religion!” they shouted.

Yet Kamboj and Bhupal didn’t stop showing the films about Jesus. They knew how important it was to give these villagers a chance to hear the message of hope and new life. Meanwhile, the missionaries fasted and prayed for Prajin and his family to understand this message.

A few weeks later, when Prajin came to their door, they didn’t know if this was an answer to prayer or another trial. But trusting the Lord and praying silently, they followed Prajin to his home.

“We have understood Jesus is the real God,” they said. “We want to [know] Jesus. Show us the way for that.”

Amazed, Kamboj and Bhupal thanked God for answering their prayer. They and the local pastor, Deepit, spent time sharing about Jesus and the new life He offers. Then they prayed for the family and gave them a New Testament so they could learn more about Christ each day.

Grateful for the missionaries’ visit and for the opportunity to read God’s Word, Prajin and his family not only stopped opposing the Christians but also began attending the local church, and finally, they watched the film about Jesus for themselves. Kamboj, Bhupal and Pastor Deepit continued to encourage and counsel the family. After a month, Prajin, his wife and two of their sons announced their faith in Christ publicly, and now they tell others how Jesus transformed their hearts.

Prajin and his family represent just a few of the thousands of lives touched through the love and labour of Gospel for Asia film teams. Your support and prayers enable film teams to continue sharing Christ’s love in villages throughout South Asia. Thank you for helping these faithful brothers and sisters reach families like Prajin’s!

Previous: The Secret of Finding Joy

Next: Praying Granddaughter Refuses to Give Up Hope