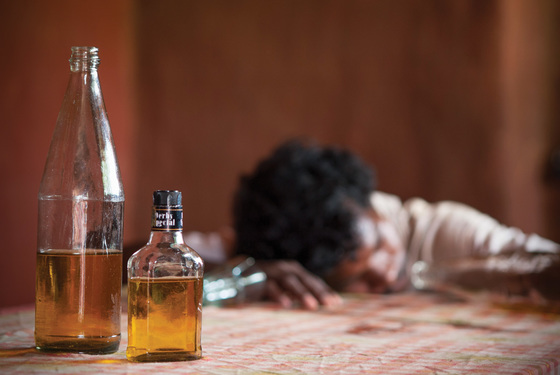 ‘Will Your God Accept Me?’

Priyala, 7, lay bedridden, unable to open her eyes. Her motionless body looked dead. But her father, Ganesh, couldn’t—wouldn’t—help her. When he should have been there for his daughter the most, Ganesh kept leaving home to gamble and buy alcohol.

Before she got sick, Priyala regularly attended the local Gospel for Asia Bridge of Hope centre. Ganesh worked as a farmer, and Marala, his wife, toiled tirelessly helping him in the rice paddy fields. But Ganesh squandered their hard-earned income on his addictions and ignored his family’s needs.

When Priyala got sick with a cough, fever and abdominal pain, her mother went to the Bridge of Hope centre and asked the staff to come and pray for her daughter. After classes ended for the day, the staff went to Priyala’s house, but Ganesh wouldn’t allow them to pray. He told them he believed only in his forefathers’ spirits. So the staff left, asking Ganesh to at least take Priyala to a hospital for medical treatment.

After they left, Ganesh turned to his wife and unleashed a fury of blows on her, angry she had asked the staff to pray. Instead of taking Priyala to the hospital, he gambled away even more money. A month passed, and Priyala’s health declined to the point at which she couldn’t move or open her eyes. She lay in bed like a dead person.

Desperate for her daughter to live, Marala returned to the Bridge of Hope centre while her husband was away and asked the staff to pray. The staff immediately went to her house, prayed for Priyala and encouraged Marala, saying Jesus could heal her daughter.

The Power of the Meek

The next day, the staff returned to pray, but they found Ganesh at home. Surprisingly, instead of kicking them out, he let them pray for Priyala. Although he’d previously refused their prayers and ignored their advice, he had seen how Priyala’s health improved following their visit. Then, after a few more days, Priyala could open her eyes and no longer had a fever! The Bridge of Hope staff came to pray four more times, and gradually, the girl completely recovered.

Witnessing this miracle, Ganesh realized there was something special about the God who healed his daughter. This Jesus was real. Changed by this knowledge, Ganesh stopped gambling and drinking. He started to act as a caring husband and father.

Soon, Marala went to the Bridge of Hope centre again—and this time, Ganesh came too. With tears in his eyes, Ganesh asked the staff, “Will your God accept me?”

They shared the Good News that Jesus died for all people, and they prayed with Ganesh and Marala. Since that day, Ganesh and Marala have been praying to Jesus, the God who healed their daughter. Priyala returned to the Bridge of Hope centre, where she continues to thrive as she receives an education and experiences Christ’s love through the caring staff.

By supporting Gospel for Asia’s Bridge of Hope, you are taking part in a transformation that’s sweeping through hearts in South Asia. Thank you for sharing the hope of Jesus with families like Priyala’s.

Previous: A Widow’s Journey from Dirtiness to Dignity

Next: Saved Twice to Save Others