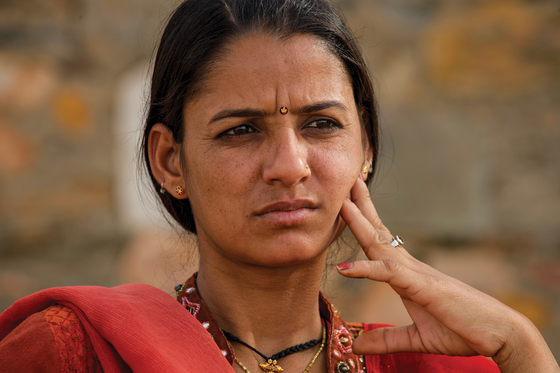 Sameena ran a hotel, and like all hotels, this hotel had guests. People came and left, to be replaced by others who came and departed in their turn. Some faces became familiar through the years, while the rest blurred together.

Out of that sea of one-time visitors, one man stands unique in Sameena’s memory: He was the man who changed her life. He was a Christian. To this day, she still doesn’t know his name, but she has not forgotten the Name he told her about: Jesus.

Longing for Peace and Joy

Growing up, Sameena had faithfully followed all the traditions of her ancestors. She and her mother had spent much time visiting holy places together, but as Sameena became a wife and mother, she realized she felt empty inside. She and her husband often argued, leaving her in tears.

Sameena longed for something more and eventually made up her mind to give up her religion. Her family pressured her to keep worshipping with them, but she had no desire to. Many years later, Sameena’s hotel guest told her about Jesus. She discovered the peace and joy she had been longing for all of her life and started walking with Christ.

But that day also brought a newfound difficulty into her life: Her guest left, and there was no one else to tell her more about her now-precious Saviour. There was no one among her friends, her family, or even among all those who entered her hotel day by day. Sameena had found a measure of peace and joy and longed for a greater share of it, but she didn’t know where to go.

Six months later, as Sameena tuned her radio one evening, she happened upon a Gospel for Asia-supported radio broadcast in her native language.

The broadcaster shared from John 3:16, telling of Jesus’ great love and the eternal life found through Him.

Sameena was overjoyed to hear about Christ again, and from that day, she faithfully tuned in at 5:30 p.m. to listen to the daily broadcast. She eventually contacted the Gospel for Asia-supported team who broadcasted the program and asked them for prayer.

Although she was eventually able to find a church, it is through the radio program that Sameena finds encouragement on a day-to-day basis. And because Sameena is illiterate and cannot read a Bible, the daily broadcast helps her grow in her walk with Jesus. The more she listens, the more her life is transformed by the power of Christ.

‘Every Word Is So Precious to Me’

God is truly touching hearts through Gospel for Asia’s radio ministry. Thank you so much for making stories like this possible.