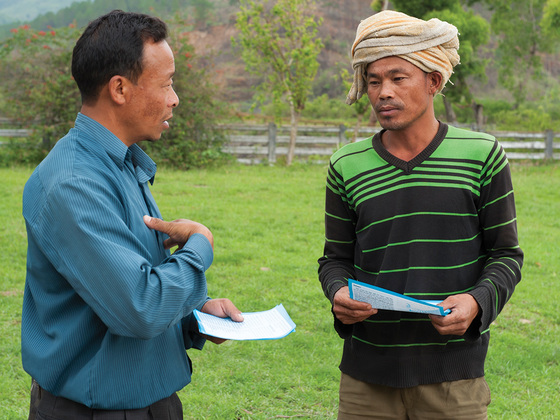 ‘What Difference Did It Make?’

Rujul grew up following the traditional religion of his ancestors. He believed that every village, tribe and community had their own personal gods, but they all led to the same destiny in the end. Christians would worship their God, and he would worship his gods—it made no difference in the end.

But then Rujul met Deenbabdhu. Deenbabdhu came from the same ancestral background as Rujul, but he worshipped the God of the Christians. What’s more, he was a pastor—one of many supported by Gospel for Asia.

As Rujul and Pastor Deenbabdhu talked that day, Rujul couldn’t help asking why the pastor worshipped the God of the Christians even though he came from the same ancestral background as Rujul.

“What difference did it make?” Rujul inquired.

Pastor Deenbabdhu said a silent prayer to God and began to explain. At the end of their conversation, Rujul gladly received a few pieces of literature about Jesus and considered accepting the pastor’s invitation to join him at worship services someday.

Over time, as Rujul read the literature and thought about what Pastor Deenbabdhu shared, God worked in his heart. He realized following Jesus really would be different from following his gods and goddesses, and he wanted to make that change.

It didn’t take long for Rujul’s parents to realize something had changed. At first they were very upset their son would even consider leaving their ancestral faith and told him not to do it. But after Rujul became a Christian and they witnessed the positive difference Jesus made in his life, they stopped opposing him.

Rujul says he has experienced real freedom in Jesus. He can see just how unique Christ is, which is something he wants his parents, friends and family to understand too.

This transformation is possible because somewhere around the world, there are people praying for Pastor Deenbadhu and supporting the work of national missions—and that has made all the difference.

Previous: She Was 25 and Couldn’t Read

Next: A Light in the Slum