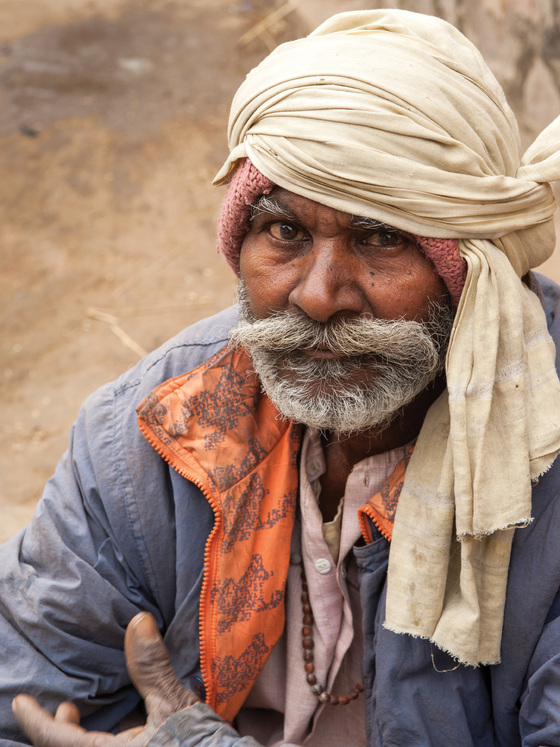 While many impoverished people in Asia seek provision for their physical needs, their hunger for spiritual answers is often even greater. Manal (not pictured) searched for years before finding answers in God’s Word.

Who was this living God? Manal heard of Him through reading literature and by word of mouth, but he never grasped or understood who Christ is and what He has done for us. Manal began his search to find out what the Word of God meant. Though his culture and religious background consider Christians as lowly, Manal never could shake off his deep desire to understand their God.

One day, as Manal was working as an automobile driver, he learned from his passengers about a local church. Hungry to gain more knowledge, he attended the church.

Gospel for Asia-supported pastor Kalap welcomed him, and after hearing Manal share about his longing to know more about God, Pastor Kalap began to teach Manal through God’s Word. Much like Philip and the eunuch, Kalap guided Manal and answered his questions, helping him understand the uniqueness of Jesus in ways he could understand. Pastor Kalap prayed earnestly for him, asking the Lord to reveal His deep love and truth to the man’s heart.

After that, Manal regularly visited the pastor. Pastor Kalap offered him a New Testament, which Manal gratefully accepted and began reading every day.

Soon Manal’s quest came to an end as he found the love of God for himself through the Scriptures. His face shone with joy. Not only had Manal found what he was searching for, but he found the eternal life his soul longed after!

Serving the One He Sought

Manal is now strong in his faith and determined to follow the Lord regardless of the comments of others or of the persecution that may come along the way.

“Now I know for sure that there is only God who can give eternal life, and I want to serve Him with my life,” Manal says.

Praise God for fulfilling the desire of Manal’s heart!

Next: The Love of Bridge of Hope Staff