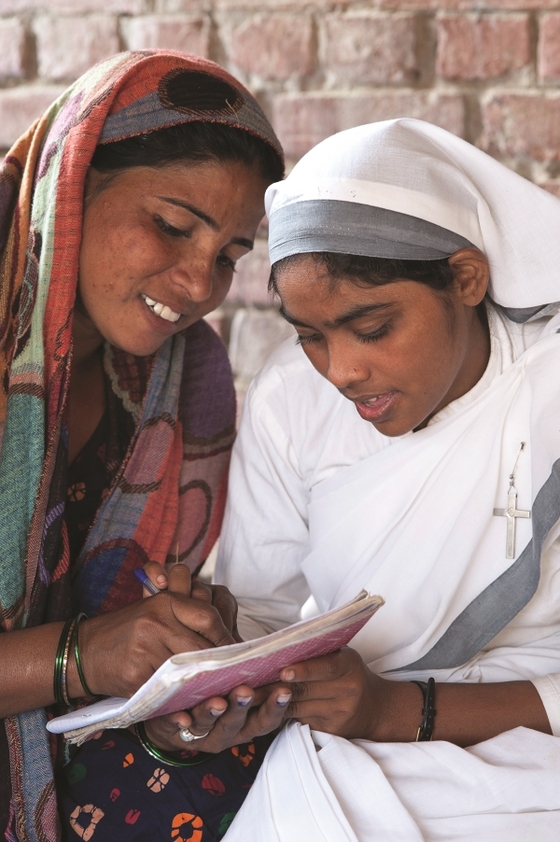 ‘I Was Ashamed of Myself’

As darkness fell once more, she made her way home through the twisted maze of shanties to the one she called home, slipping past piles of rubbish and streams of refuse along her way.

She didn’t know how to hope for a better future.

Through the years, Fulmala, now late in her teens, slowly grew accustomed to the monotonous rhythms of poverty.

Tears still slipped down her cheeks at night because of her loneliness. Her mother, brother and father all worked as hard as she, but they still couldn’t escape their poor condition. They hadn’t even been able to send Fulmala to school. Her father took to drinking at nights in an effort to relieve his own pain, adding yet another burden to their already difficult lives.

The familiarity of poverty, perpetuated by the lack of education, continued unabated, until the day a few women dressed in white quietly slipped into Fulmala’s slum. Like the first flowers of spring, a soothing balm of peace in the midst of a world of pain and shame, the Sisters of Compassion came.

When the sisters showed up at Fulmala’s front door and invited her to attend literacy classes, joy blossomed within her heart. Fulmala eagerly gathered with others in her community, women who, like her, couldn’t even write their own names, read warnings on labels or verify their wages.

One night out of every week, Fulmala’s hands—hands that were not as young as most first-time students’ but were just as eager—raced from her labour to grasp the stub of chalk and learn the skill she had been denied in her childhood.

As the indecipherable characters of her mother tongue expanded to take on meaning in her mind, Fulmala’s joy expanded with them. A new kind of joy also grew in her heart, one that couldn’t be explained in so many words.

Witnessing the conduct of the GFA-supported Sisters of Compassion, the kind women who had brought the aroma of grace into her life, Fulmala realized there was yet still more joy to be grasped, a joy she observed in these sisters and was eager to learn more about.

Learning of the One Who Loves Her 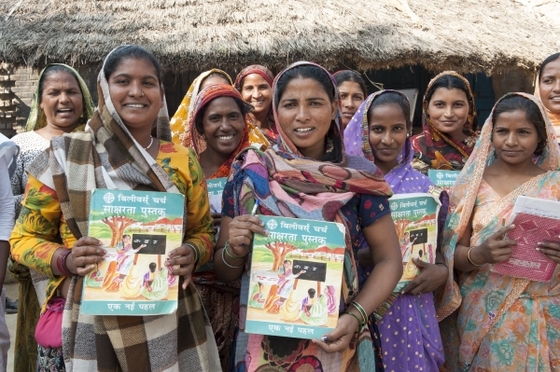 Across Asia, women are discovering—for the first time—the joys of writing their own name, reading an encouraging verse and confidently agreeing to a fair deal in the marketplace. Fulmala (not pictured) found these treasures through the literacy classes given by GFA-supported Sisters of Compassion.

Fulmala’s heart learned to hope before her classes ever finished. Tears don’t fall down her cheeks nearly as often as they once did. Every day, her eyes search out the Scriptures, deciphering one character, one word at a time, a daily verse to sustain her. 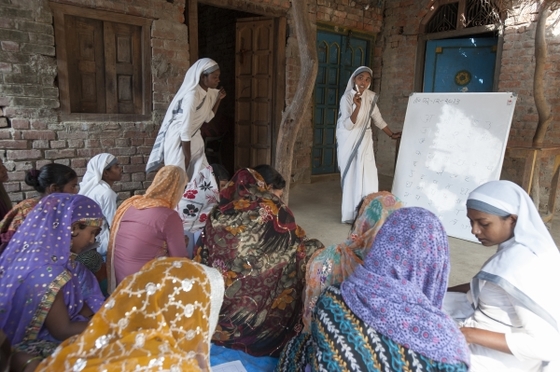 “As an uneducated person,” Fulmala shares, “I was ashamed of myself. I never imagined that I would be able to read and even to write my own name. But these classes help me to think positively, and I am sure that I will become a real blessing to my family.”

Fulmala found that Jesus loves her and hears her prayers. One of the first prayers He answered was her plea for a better job.

Fulmala’s heart has been swept clean. New clothes are waiting for her, radiant and white in the kingdom to come. All this has been done by the One with the nail-scarred hands—Jesus.

Previous: A Day for the Widows

Next: The Onion that Changed Her Life