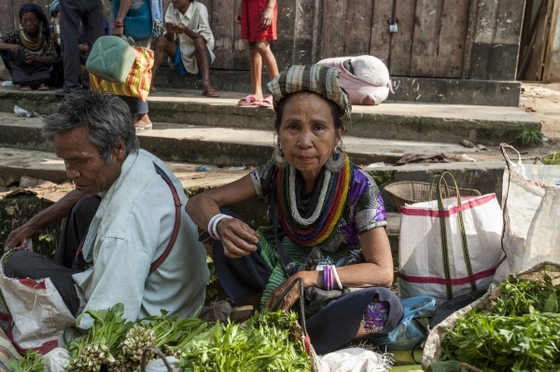 Women like Berit (not pictured) struggle to eke out a living by selling produce on the streets. Simple gifts, like pull-carts, can make a tremendous impact on their lives.

The Onion that Changed Her Life

Fruit and vegetable vendors littered the sides of the road. GFA-supported pastor Varin approached a woman whose pile of root vegetables looked promising. The papery skin of an onion crinkled as he picked it up, and while he considered his purchase, he asked the woman, a young widow named Berit, about her life. Her answer was swift and torrential.

She told him how she had struggled to provide for her children ever since her husband had died 10 years before, when she was just 28 years old. She sold vegetables on a mat by the roadside every day, but she never earned quite enough. She slowly had less and less to provide for her two children, who were now in their teens. Life became significantly more challenging when the city decided to expand the road where she once sold vegetables, effectively evicting her and others like her. Berit struggled to find a new place to sell her vegetables. She knew she needed a pull cart to transport and sell her wares in new locations, but there was absolutely no way she could afford one. Through the next four months, her meagre finances rapidly decreased, and she felt completely hopeless.

Rolling Out a Better Future

As Pastor Varin walked away that day, he felt burdened to pray for the widow many times in the days ahead. Then God showed him a way he could help. Thanks to the generosity of GFA friends, Pastor Varin could soon conduct a Christmas gift distribution in his area. Berit quickly came to his mind.

When she came to the distribution event and heard her name called, she couldn’t hold back her tears. There it was, waiting for her—her very own pull cart.

“With the pull cart, I can travel around and sell onions and potatoes,” Berit shares. “Wherever I find a suitable place, I stand and sell. My earnings have also increased. I can go different places for the sale.”

Warmed by God’s provision, Berit decided to start attending church, eager to learn more about the God who provided for her in her time of need.

Previous: ‘I Was Ashamed of Myself’

Next: ‘I Can’t Live Without Drinking’