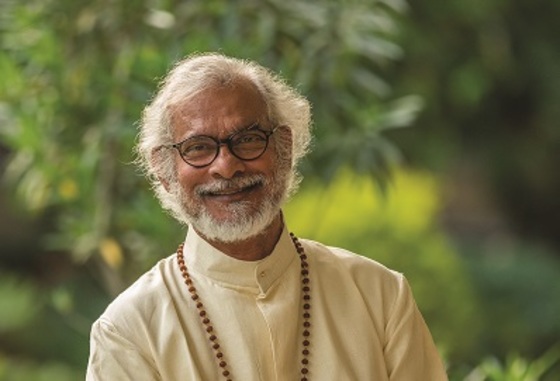 My future is not my concern; it is His. That’s a message you get very clear from the Apostle Paul when he talks about the beatings and persecution he endured for the sake of Christ.

“And see, now I go bound in the spirit to Jerusalem, not knowing the things that will happen to me there, except that the Holy Spirit testifies in every city, saying that chains and tribulations await me. But none of these things move me ...” (Acts 20:22–24a).

If you, like Paul, can honestly come to the place and say, “My future, my children’s future, my health, where I end up, whatever happens to me, it is not my concern; it is His,” then I think that will give us plenty of courage to walk with the Lord. Once we start making our futures our concern, then our minds will start making plans that may not line up with His.

Paul surrendered his life to Christ, and he did not deny the fact that he was going to get persecuted. He basically said, “I know this to be true.” But he was not focused on that; instead, he shared, “For to you it has been granted on behalf of Christ, not only to believe in Him, but also to suffer for His sake” (Philippians 1:29).

Sushil, whom you read about on page 7, understood this. He was the object of derision to his grandmother because of his faith in Christ. But he did not give up his love for the Lord. Instead, he felt a greater urge for his family to know the love he knew.

So when you and I are in the battle, when the headaches don’t leave, the backache doesn’t go away, the eye trouble doesn’t vanish, and it seems that you didn’t used to have half of the troubles you have now until you started serving the Lord, say, “My focus is not on the stuff that I am dealing with, for I know my future is His concern.”

Previous: He Knew Time Was Short