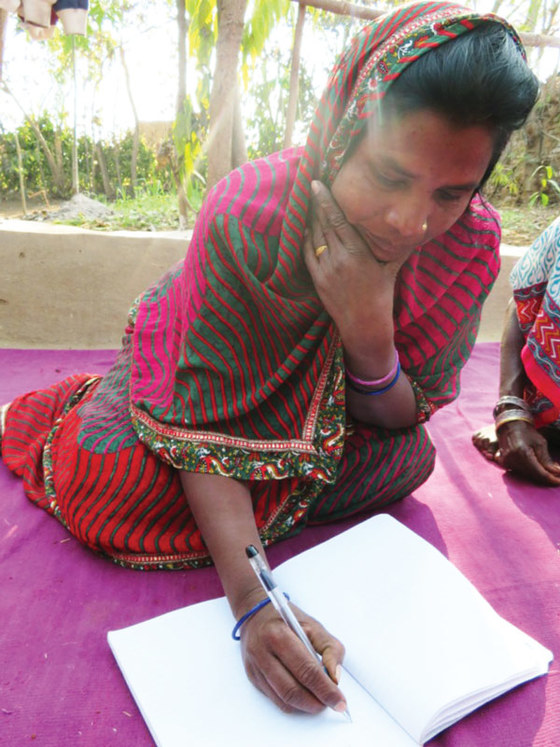 Somya, 45, gazed out the bus window, a multitude of signs whizzing by. She carefully watched for the landmarks that signaled she was approaching the bank. Being illiterate made traveling difficult.

At the bank, Somya stood in line getting nervous as she approached the teller. Most of Somya’s female friends were educated, and Somya wished she could read and write like them. She felt humiliated that she couldn’t even sign her name. 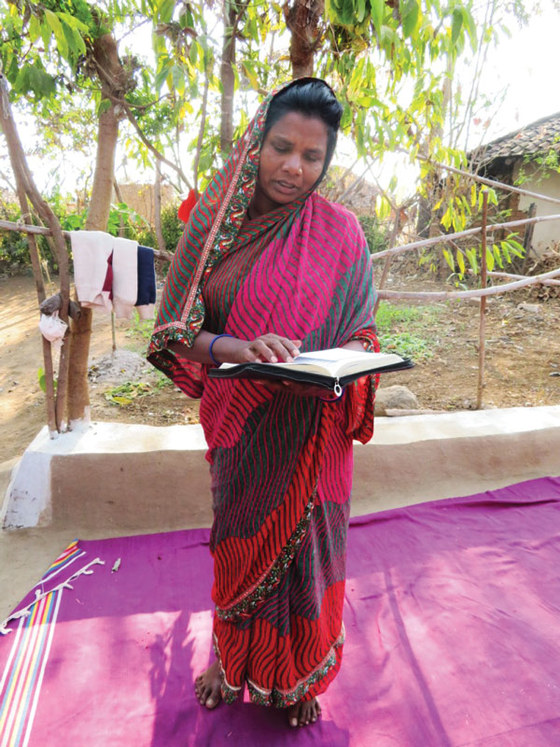 Somya's life was burdened by illiteracy, until she discovered the opportunity to attend a free literacy class. After persistent effort, she now proudly reads her Bible!

Somya had to drop out of school in second grade to help her family earn money for food. Somya always wished she could finish her education. But after working for her parents, getting married and having children, that dream slowly disintegrated into ashes.

Being illiterate was a daily burden for Somya. Guilt weighed on her every time her kids needed help with their homework because she could not assist them in their education. Sometimes Somya thought about learning to read and write, but how? She couldn’t take time away from her house work and helping in the fields to go back to school. And how would they pay for it? It was a blessing just to send their children to school. Somya was thankful she never had to pull them away from their education to help put food on the table.

Each Sunday, when Somya and her family attended worship services, she longingly watched the other women read out loud from the Bible. She wished she could read God’s Word for herself and bless others by reading it out loud. Somya prayed for God, the Giver of all good things, to help her.

On International Literacy Day, Somya heard that some Sisters of Compassion were going to hold a literacy class for women in her village. Trembling with fear and excitement, Somya signed up.

The women met every Wednesday and Saturday, first learning to trace the alphabet. Belli, one of the Sisters of Compassion, encouraged the class, knowing it would be difficult for them at first. Somya found it awkward to draw the characters, so she humbly let Belli hold her hand and help her write the characters on her slate.

In the beginning, Somya mispronounced the letters of the alphabet. The other villagers’ ridicule rang in her ears: What is the need of learning to read and write at this age? Somya pushed the discouraging thoughts away and pressed on.

Belli saw that Somya was a very attentive student. She worked hard in class and practiced at home as well. Somya faithfully attended classes, even though it was a sacrifice for her to come.

The Blessings of Literacy Are Mulitiplied

It took time, but slowly Somya learned to read and write. She can now conduct business at the bank without any help. She can be confident knowing what the forms say and what she is signing. She can travel to new places, being able to read the signs as she rides the bus.

Most precious to Somya, she can now stand up in church to read God’s Word for everyone’s benefit.

“I thank God from my heart for helping me to read and learn,” says Somya. “Even though I worked hard, it was God who helped me to learn well. Especially, I thank the sisters who held my hands and encouraged me to learn. Today I am able to read and write.” 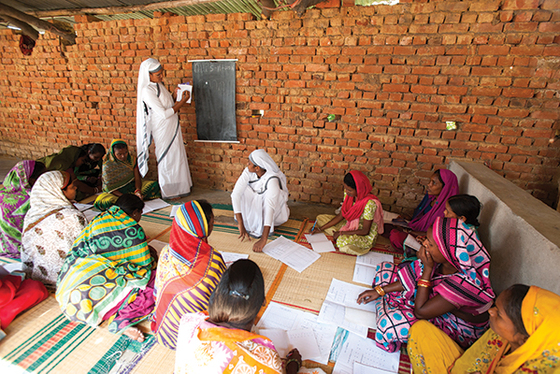 Several Sisters of Compassion hold a women's literacy class, much like the class Somya attended.

Next: Parents’ Apprehension Turns to Joy