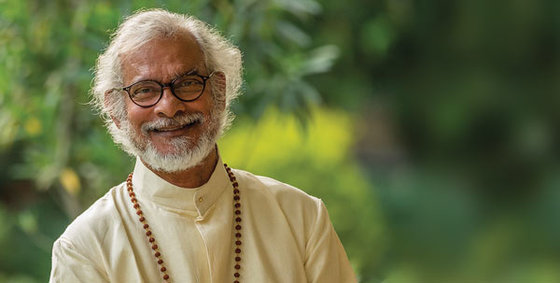 Founder and Director of GFA

Throughout Jesus’ ministry on earth, numerous times Satan tempted Him to avoid suffering and the cross. But in the end, the victory was won, and Satan was eternally defeated. How? Hebrews 2:14 tells us that “[Jesus destroyed] him who holds the power of death” through His death on the cross.

It is a mistake to think of suffering as just a “necessary evil.” It is not. The willingness to suffer is an awesome weapon—a powerful instrument of war before which Satan is bound.

Jesus did not overcome Satan when He healed the man with leprosy, raised the dead, fed the 5,000, walked on water or preached the Sermon on the Mount.

No! Little did Satan know, laughing as Jesus was dying on the cross, that the Son of God would destroy him through that very death—through His suffering.

Embracing suffering is what we are called to imitate. Just like he did with Jesus, Satan tempts us to avoid suffering and the cross we are called to carry daily. Why? Because he knows that just as Christ defeated him through His suffering, we, too, defeat him and his forces when we are willing to follow in the footsteps of Christ and embrace suffering. …

We must see the precious gift that suffering for the Gospel is. Remember that the times the Church was the strongest and most flourishing were the times it experienced great persecution. Even Paul confessed that the suffering he faced “really served to advance the gospel” (Philippians 1:12).

When we have this kind of attitude, nothing becomes impossible.

Many brothers and sisters in Asia, like Mala, are embracing suffering to share the life-changing hope Christ offers. And many believers around the world, like you, are embracing suffering by giving of your resources, which could be spent on your own comforts, to enable those workers in Asia to continue ministering. I thank God for your love for Him and His children! May He give us all the strength to keep serving Him faithfully.

Some of this material appeared on K.P. Yohannan’s blog “Living in the Light of Eternity” on February 19, 2019. You can find the entire post at https://www.patheos.com/blogs/kpyohannan/2019/02/weapon-willing-to-suffer.

Previous: Desperate to Help Her Parents