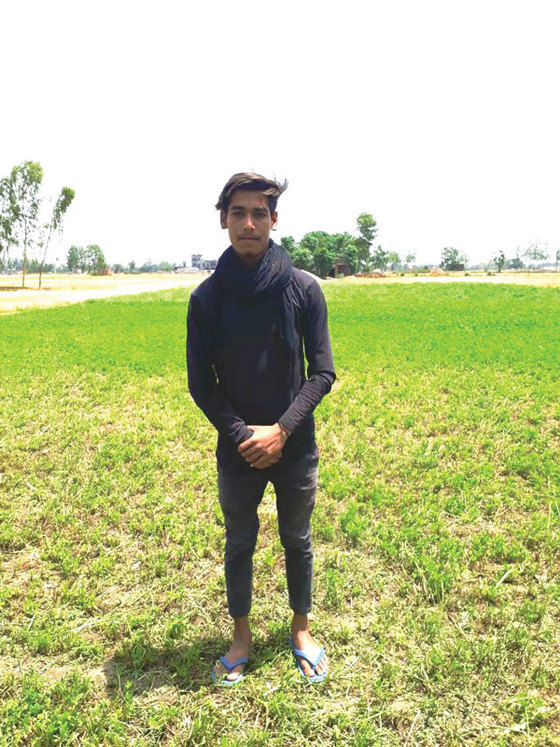 Manmohan, (pictured) has traveled place to place in a lifelong pursuit of peace

Manmohan traveled from place to place performing rituals to gain divine favour. He devoted himself to practices that promised peace. But peace eluded the 18-year-old. His constant companion was restlessness.

Often, Manmohan mulled over all the places he visited and the religious tasks he performed. But uncertainty constantly gnawed at him. Despite his faithfulness, he was missing something.

One day, Manmohan walked down the road, pensive, when melodic voices seeped through his thoughts. He stopped to listen. The music pierced through the clouds of Manmohan’s troubled mind. He looked around to see where the music was coming from. There was a tall building nearby, crowned with a cross. The words of the song were so lovely, Manmohan could not stop himself from going in the building.

Manmohan, (pictured) has traveled place to place in a lifelong pursuit of peace

As he sat worshiping the Lord, GFA-supported pastor Dhevan did not notice the young man enter the church. At the end of the last song, Pastor Dhevan stood up to encourage his congregation from God’s Word.

When the prayer meeting concluded, Pastor Dhevan saw Manmohan in the back, his face filled with emotion. He approached the young man, asking if he was OK and what brought him there.

Manmohan told the pastor of his lifelong pursuit of peace. During this prayer meeting, for the first time, he felt the peace and comfort that had always eluded him. But the biggest impact, Manmohan stated, was when Pastor Dhevan spoke God’s Word. It touched a deep place inside the young man.

Eager to know more, Manmohan asked about Jesus. Pastor Dhevan told Manmohan about Jesus’ life, death and resurrection. He also explained the purpose of human life in this world.

Hearing this message, Manmohan knew he finally found what he had been searching for his whole life. He had finally come home to rest.

Monmohan doesn’t travel from place to place seeking a god anymore. He now has God’s Spirit living inside him, and he worships in the very same building where he first encountered the God named Jesus.

Previous: His Plan, Not Mine

Next: A Mother’s Shame Turned to Joy