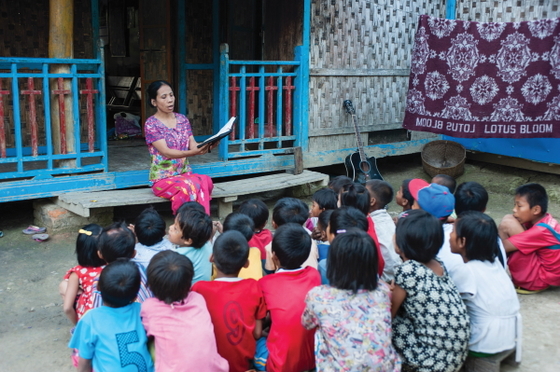 GFA-supported workers minister to young and old alike in the villages where they serve.

Myia Win, a GFA-supported worker, grew up in a Christian home, attended Bible college, and made the bold step to share Christ’s love in a village having only a few believers. In her younger years, she also surrounded herself with people who didn’t know Jesus—but for a very different reason.

Myia’s parents imparted Christian values to her and her siblings, but as a teenager, Myia preferred to spend time with friends who didn’t share those values. Myia went to church, as her parents asked, but she didn’t have a relationship with Jesus. She was rootless—until the day she heard a Christian worker share the message of God’s grace. That’s when she chose to follow Jesus.

After choosing to pursue a relationship with Jesus, Myia joined a Bible college to learn more about Him and later began serving a local congregation as a GFA-supported national worker. That’s when she met Cho Yon—a young woman who desperately needed the purpose Myia had finally found. 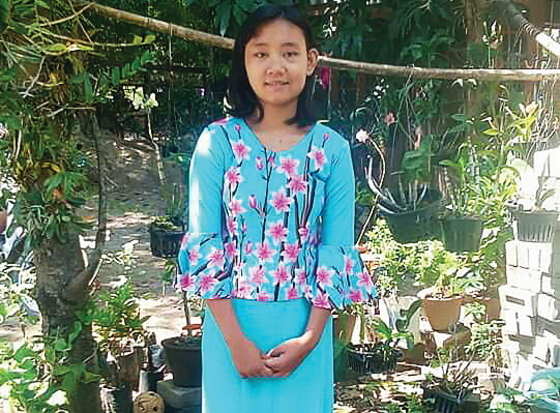 Amidst tragic events in her life, Cho found hope in Christ as she attended youth-oriented church events held by a GFA-supported worker.

Cho was adrift, as Myia had once been. But while Myia had lost her way by ignoring the wisdom of her Christ-following parents, Cho and her siblings had grown up in confusion. Their father worshiped Christ, but their mother devoutly followed a different religion. Cho and her siblings never knew what to believe.

Then tragedy struck. When Cho was in seventh grade, her father died, throwing the already-impoverished family into greater hardship. A year later, Cho’s mother remarried and abandoned her children.

Cho’s aunt took in the newly abandoned children. This aunt, a believer who attended the church where Myia ministered, encouraged Cho and her siblings to join her for worship services. The children also started going to the Youth Fellowship and Sunday school meetings Myia organized.

As Cho heard Myia share about Jesus and His grace, the cloud of confusion lifted from Cho’s heart. She realized God was showing His love to her through her aunt, and she thanked Him. Wanting to know Him more, Cho sought counsel from Myia. Cho eventually decided to trust in the Lord, who would never leave or forsake her.

Because Myia chose to tell others about the anchor she found in Jesus, Cho discovered lasting hope. Now, amidst life’s uncertainties, Cho can stand firmly with Christ as her solid rock and sure foundation.