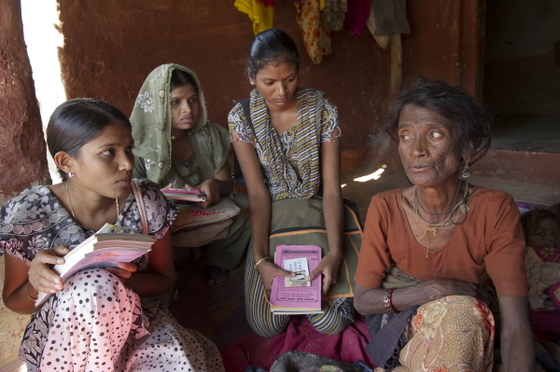 Women missionaries build relationships with women by regularly visiting their homes, listening to their hosts’ concerns and praying together as the Lord leads them.

Rupak stationed himself close to his wife and asked the women about themselves. “What are your names? Where do you come from? What do you do?” As the women responded, his expression slowly changed.

“Do not sit in our chairs!” Rupak spat out, face hardened. “Do not come into our home again!”

Saesha, Rupak’s wife, looked after the women as they hurried out the door. God had healed her through these women’s prayers, and she desperately wanted to know more about this God.

Two weeks earlier, the three GFA-supported national workers met Saesha while she was sick with typhoid and malaria. Wanting to bring Saesha comfort, the women offered to pray for her. At first, she was nervous they were going to cast a spell on her, but when the women explained they would pray in Jesus’ name, Saesha accepted their prayers.

Later, when the women came back to see how Saesha was doing, her husband was waiting with her to thank the women whose prayers had brought healing to his wife. His gratitude quickly turned to anger, though, when he found out what God they served.

After Rupak kicked the women out of his home, they continued to see Saesha, faithfully ministering to her. She invited the women to her home on Fridays while her husband was at work, and Saesha grew in her knowledge of Jesus.

But, one Friday, the women arrived at Saesha’s home to find Rupak waiting for them. He scolded and threatened the ladies and banned them from ever coming to his house again.

For the next two months, the three women prayed faithfully for Saesha but did not attempt to visit her again. They also prayed for Rupak.

Meanwhile, Saesha fell sick again, pain racking her abdomen. Rupak took her to the doctor, who said his wife needed an expensive surgery. Rupak didn’t know what to do: He could never afford the surgery. Saesha implored her husband to call the sisters whose prayers God had answered once before.

Rupak did not hesitate. Desperation for his wife’s healing eclipsed his prejudice toward Christians.

Rupak searched for the women whom he had once wished to never see again. When he finally found the village where they lived, he begged them for forgiveness and asked them to come pray for his wife. The three women left with Rupak, praising God in their hearts. He was already answering their prayers for this family, and they were confident He wasn’t going to stop now.

Afterward, the women missionaries came to Rupak and Saesha’s home every Friday to fast and pray. After one month, Saesha’s pain disappeared. She went back to the doctor, who gave her an ultrasound—and declared her completely healthy. 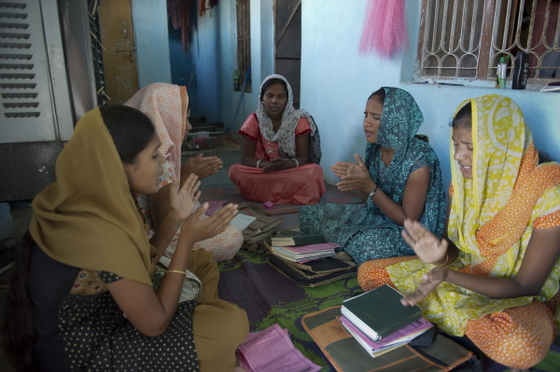 The three women continue to meet at Saesha’s home every Friday, praying with her and a few others from the village. While Rupak does not attend the prayer meeting, he has become a fierce defender of the sisters.

“If anyone opposes you here in the village, I will stand for you,” Rupak declares.

Next: How a Piglet Transformed a Family