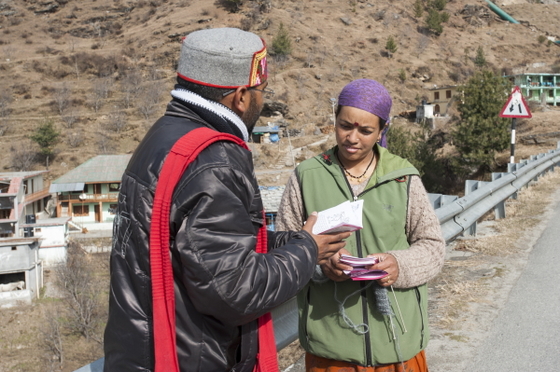 Reading a simple New Testament or tract is often a person’s first step toward discovering truth and new hope.

The Words She Couldn’t Forget

Who was the real God?

The question gnawed at Phyu Myaing’s mind. She had worshipped her god faithfully, but tragedy threw her life into a state of confusion. In 2009 her husband died from tuberculosis, leaving Phyu Myaing alone to care for three children. Three years later, Phyu Myaing’s oldest daughter died while giving birth.

Still reeling from these tragedies, Phyu Myaing met a pastor one day.

“There is a real God, whose name is Jesus,” he told her. “He gave His life to die on the cross and rose again on the third day to give eternal life to those who believe in Him.”

Phyu Myaing felt some distrust and hostility toward Christianity, but she pondered these words, wondering if Jesus was the real God.

Her questions intensified after she fell severely ill and was hospitalized for two weeks. She recovered, but a doubt lingered in her heart: “If I die today, where will I spend eternity?”

Phyu Myaing couldn’t stop asking herself that alarming question. With no answer, her mind was enveloped by a fog of confusion and a fear of death. She wasn’t interested in Christian beliefs, though: Whenever Christians offered her literature about Jesus, she threw it away in front of them.

Phyu Myaing had a similar reaction when GFA-supported pastor Thet Moe visited her home. They talked, and Phyu Myaing took a copy of the Gospel of Matthew from him. After she opened it, she saw it was a Christian book and threw it away, angry. But before she tossed it, a verse had jumped out to her: “Ask, and it will be given to you; seek, and you will find; knock, and it will be opened to you” (Matthew 7:7).

Phyu Myaing couldn’t stop thinking about those words. As the verse played on repeat in her mind, Phyu Myaing’s heart changed. She wanted to know more about Jesus.

When Pastor Thet Moe’s church held an event for people interested in learning about Christ, Phyu Myaing attended. There, the pastor described how God had changed his life, and he shared key passages from Romans: “All have sinned and fall short of the glory of God” (Romans 3:23), and “The wages of sin is death, but the gift of God is eternal life in Christ Jesus our Lord” (Romans 6:23).

Those words pierced Phyu Myaing’s heart. As images of past sins flashed through her mind like a slideshow, she knew she needed God’s grace through Christ. 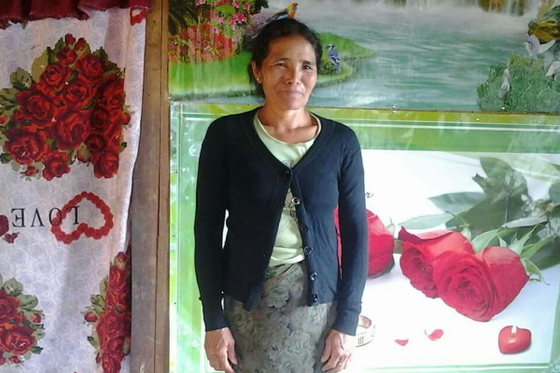 Phyu Myaing came back to the program the next day. When it ended, she knelt down, tears streaming down her face. She asked God to forgive her and welcomed Him into her life. 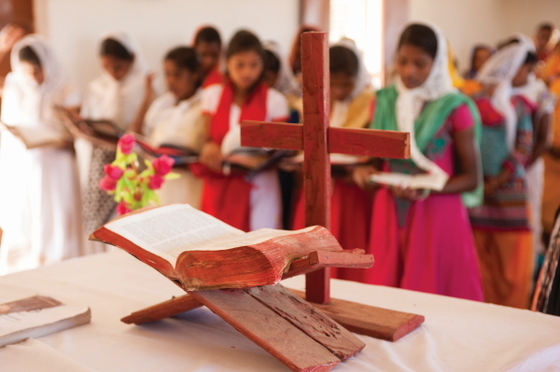 As people like Phyu Myaing grow in their interest, many choose to regularly attend worship services so they can learn more about Jesus.

Phyu Myaing later joined Pastor Thet Moe’s church and became actively involved in the Women’s Fellowship ministry. Now, with the burden of fear lifted from her heart, Phyu Myaing’s life is filled with peace and assurance. This journey of transformation started after she got to read one single verse from a copy of God’s Word. Even when she was angry and afraid, Scripture spoke to her.

Thank you for partnering with GFA-supported workers so they can continue sharing Bibles and New Testaments with those hungry for good news! Through partners like you, more people like Phyu Myaing are finding new life through the transformative words of Scripture.

Previous: What She May Never Have Had