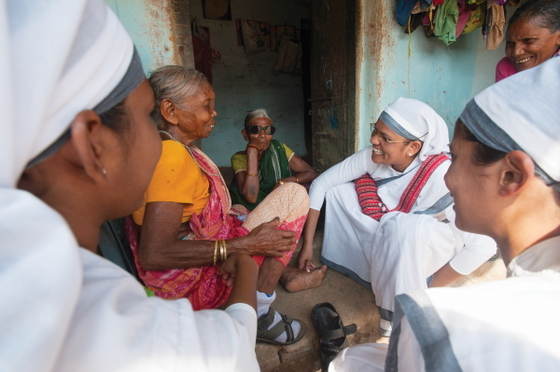 GFA-supported ministry to leprosy patients brings hope and practical help to those who are often rejected by society and family.

Leprosy. The very word carries a certain stigma and arouses apprehension in Asia, as if merely uttering it could expose you to the disease. Those affected by leprosy are often feared and find themselves either chased out of their homes or ignored and neglected. This forced exile leads many to live with others afflicted with leprosy in colonies across Asia.

A Life of Hardship

Bhini was diagnosed with leprosy as a child and subsequently began living in a leprosy colony. After Bhini married a fellow leprosy patient, they relocated to a different colony in another state.

Life was not easy for the family. In the face of poverty, Bhini and her husband went door to door begging in order to put their children through school. Then in 2016, Bhini’s husband died of a heart attack, leaving her as the sole provider for their son and daughter. Despite her illness, Bhini continued to beg, hoping it would be enough for her and her children.

Healing in His Arms

As the years passed, the struggle to survive took its toll on Bhini. The wounds from her leprosy grew more severe the older Bhini became. Wounds in her hands and feet kept Bhini from walking or doing simple chores in her home. Her children were grown by then, but Bhini could no longer take care of herself. 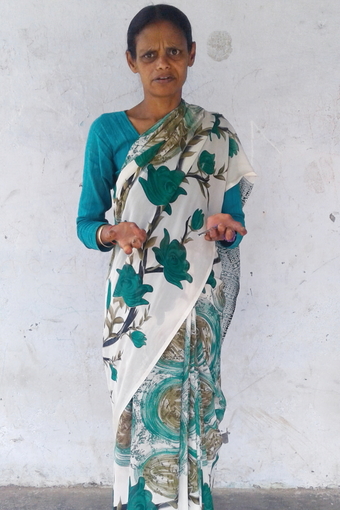 One day, a team of GFA-supported Sisters of Compassion visited the leprosy colony. The women brought love and compassion to each resident they met, and when they talked with Bhini, Bhini heard of the love of God for the very first time. They showed genuine care for the widow and invited her to attend services at the local church.

The Sisters of Compassion regularly visited Bhini, cooking her food, cleaning her home and dressing her wounds—all while praying for and encouraging her.

Little by little, Bhini understood the depth of God’s love. The debilitating wounds from her leprosy began to heal, and an even greater healing took place in her heart when she invited Christ into her life. Her children, seeing the transformation, followed her example.

Like many other men and women blessed through the compassion of GFA-supported workers, Bhini now rejoices in God’s love and acceptance.

Thank you for helping equip workers in Asia who boldly bring God’s love to men and women in slums and leprosy colonies. Through your partnership with GFA, God is transforming lives for eternity. Thank you!