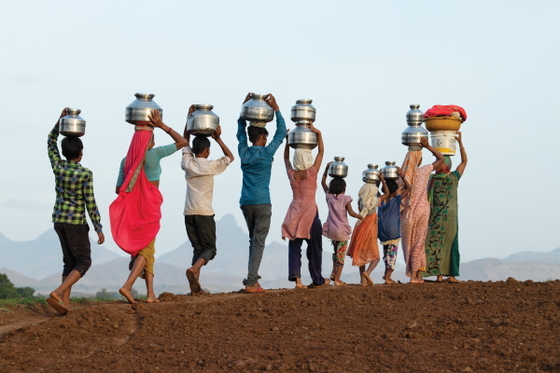 In Maala’s community, fetching each day’s water from a distant well was a labourious task that involved adults and children alike, making it difficult for children to attend school.

Maala trotted along beside her mother. The sun warmed her face and back, subtly reminding her of the heat to come in the afternoon.

After 30 minutes of walking, Maala presented the small jug she had been carrying and watched her mother pour water into it. Then she grasped her container tightly in her small hands and began the long walk back home, taking care to not slosh out any of the precious water.

At only 3 years old, Maala was already helping her family survive. Her village’s water crisis meant that long walks for water would burden her for the next 13 years.

Choosing Between Water and Education

The families in Maala’s community lived in a rocky, hilly location with few streams or large bodies of water. They couldn’t finance drilling a well deep enough to provide water year-round, so they had to make long trips to a distant well—often three or four times each morning and evening. Maala and the other children in her village regularly helped their mothers fetch water, carrying heavy pots back and forth.

“I used to feel very tired and very exhausted when I got home,” Maala recalls, now in her teens. “But then there was no other option.”

When Maala reached school age, she often struggled to fetch water in time to catch her bus, which meant she missed the entire day of school. But the severity of the water crisis in Maala’s village required families to prioritize fetching water over receiving education—even though education was the best chance for their children to escape poverty.

“Many times, I missed important lessons in the class, which affected my studies,” Maala explains. “During the exam, I would find it difficult because I [had not been] able to attend those classes.”

Working Together to Alleviate Water Crisis

GFA-supported pastor Bharit grew up in this area and later served as a pastor over believers in nearby villages. He witnessed the bickering at the distant water source, the frustration people felt spending so much time gathering water when they had children and crops to care for, the children missing precious school days, and the barren fields when crops dried up.

Bharit told his leaders how the community desperately needed clean water and asked them to install a Jesus Well. The generosity of believers around the world meant Pastor Bharit’s request could be granted, and he began searching for a good location to drill the well.

A believer in Pastor Bharit’s congregation noticed a plot of land that stood close to a main roadway. The landowner, Ojayit, happily volunteered his land for the project.

“I feel very glad and very happy that at least by donating a small piece of land I was able to become a help to villagers,” Ojayit shares. “By letting this piece of land be used for a Jesus Well, actually I’m doing a service to the society.” 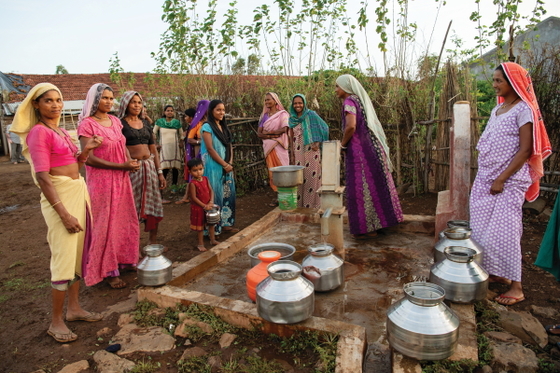 Thanks to a Jesus Well installed in this community, people now draw clean water nearby their homes, making it much easier for children to attend school.

Maala was 16 when the Jesus Well appeared on the scene, and her life changed dramatically—as it did for all the children. The new well sat just a few minutes away, so she easily gathered water in time to catch her school bus.

“I don’t have any of the struggles I used to have,” Maala reports happily. “I’m not absent in my classes. … [The Jesus Well] has been such a great help for all the kids.”

Because everyone did what they could to help—Pastor Bharit, Ojayit and those who funded the well—the children in Maala’s village don’t need to choose between education or water anymore, and their childhoods don’t need to be spent commuting for water.

Previous: Words of Comfort in the Aftermath of Tragedy

Next: Market Friend Breaks the Silence