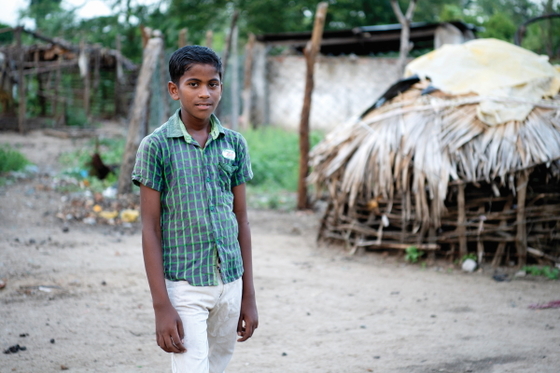 Thousands of children in Asia are finding hope and joy as they learn of God’s love through GFA’s ministries and workers in Asia.

Once again, Aman walked out of the house, furious. He was tired of hearing the same response from his mother whenever he asked her for something. He just wanted what his friends had.

When Aman was only 11, his father abandoned the family. That forced Aman’s mother, Asha, and one of his older sisters to labour in the nearby tea gardens for the family’s survival. Out of love, they provided for Aman to attend school and gave him freedom to enjoy his childhood. They believed that Aman, as the only son, was their best hope for financial stability. If he could get a good education and a good job, he could take care of them one day.

But as Aman got older, he lost interest in school. He wanted to be like his friends, whose lives revolved around materialism and pleasure. The more Aman spent time with them, the more he wanted a cell phone, expensive clothes and other items the family couldn’t afford. His frequent financial demands created tension in the family. When Aman’s mother or sister explained why they couldn’t buy something for him, Aman complained, argued and stormed out of the house.

Even though Asha and the children attended church, her relationship with Christ functioned mostly as a duty, and she didn’t know how to teach her son contentment. She encouraged Aman to concentrate on his studies, reminding him of the sacrifices she and his sister made for him, but Aman didn’t seem to care. Asha’s hope for the future faded, and disappointment took its place.

One day, GFA pastor Rand visited the family. He knew Asha and her children well. As Asha shared about the lack of peace in their family, Pastor Rand listened with concern. Pastor Rand encouraged the distressed mother to cast her worries upon Jesus and to pray for Aman. He also assured Asha he would speak to her son.

From that day on, Pastor Rand intentionally talked with Aman after worship services. Aman had learned little about the Lord, despite the presence of biblical teaching in his life, but Pastor Rand helped the boy understand who Jesus is. Pastor Rand also encouraged Sajiv, a young man who had recently chosen to follow Christ, to befriend Aman and set a positive example for him.

Aman’s friendships with Pastor Rand and Sajiv grew. As their words and lifestyle impacted Aman, he had a fresh curiosity about spiritual things and pondered the state of his spiritual life. A question nagged at Aman’s mind: Where would he go after he died? 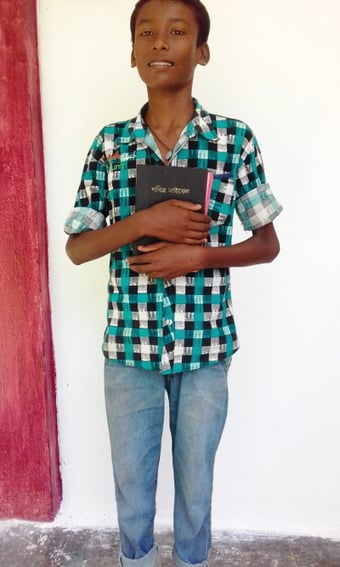 The life of Aman (pictured) was transformed after he encountered Christ’s love.

Aman went to Pastor Rand for answers. The boy listened as Pastor Rand explained what God’s Word says about eternal life. Suddenly, Aman realized he had been running after temporary pleasures instead of running to the Lord of heaven and earth. Aman decided to love and serve Jesus all his days. As the young man welcomed Christ into his life, contentment replaced the cares of the world he once chased after.

Soon, Aman’s mother and sisters noticed changes in Aman’s life, and they longed to serve Jesus wholeheartedly too. Aman and his mother now attended worship services out of gratitude and devotion instead of obligation. Aman, the young man who once brought grief to his family, now serves as an example to them as he faithfully serves the local church. 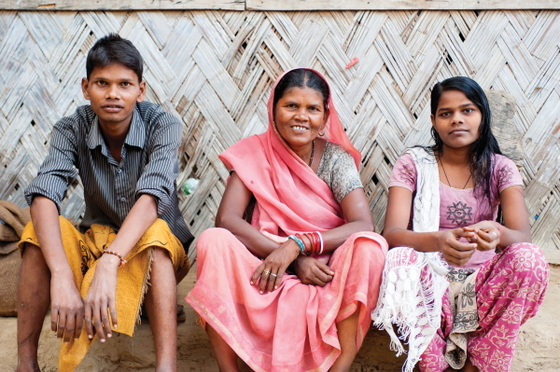 Many families, like Aman’s family and the family pictured, have found hope and joy through the ministry and friendship of GFA workers and pastors.

The concern and friendship of a GFA pastor helped Aman understand his need for a relationship with Christ and impacted an entire family. As you partner with national workers, God is using them to transform many lives.

Next: The Helping Hand for Her Future