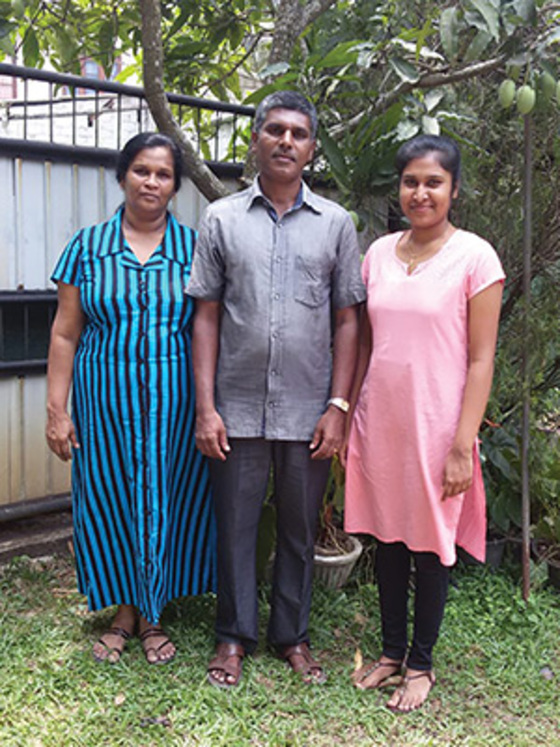 Shame seared Kailea’s heart. The shopkeeper’s mistrust was clear, as well as his message: Kailea could no longer buy groceries on credit, even though she had always been faithful to pay her bill.

Kailea’s life had not always been full of scorn and suspicion. She had once walked about the village with dignity, with the respect of friends and neighbors. Now neighbors turned away in disgust, their rejection scathing.

A Spiral of Debt and Deception

Kailea and her husband, Rainer, had lived a stable life with the income he earned selling various goods. They had even put their daughter, Peony, through secondary school.

But then the family fell on hard times. Desperate to earn a living and pay back lenders, Rainer joined a group selling illegal items. For his fraudulent activities, Rainer was arrested and sentenced to two years in jail, leaving his wife and daughter to bear the shame and financial burden of his actions.

Left to provide for herself and her daughter, Kailea began cleaning and cooking to earn an income. Though she made a respectable living, the stigma of her husband’s unscrupulous business dealings haunted her.

While most neighbors scorned her, some even tried to take advantage of her and Peony. Kailea managed to protect herself and her daughter from these assaults, but she could not protect them from the rumors. People said she was having illicit relationships while her husband was in jail, which only further tarnished her reputation. The disgrace was unbearable.

Kailea also worried about her daughter. Peony had halted her studies indefinitely, her future placed on hold because of their lack of funds. What could Kailea do? She felt helpless to alter their situation. She could only hope that Rainer would be released early and they could put their lives back together.

The mother’s mental agony swelled, but she bottled up her emotions; she had no one to talk to—until GFA pastor Kagan visited her and Peony one day. 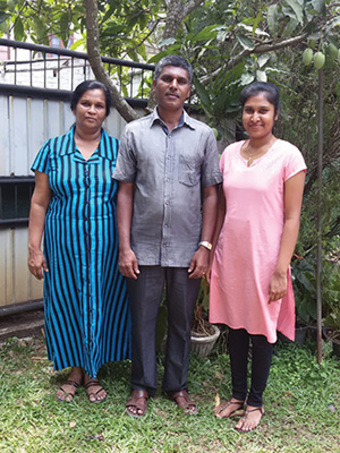 Pastor Kagan listened compassionately as Kailea shared her story. Relief rushed over Kailea as she released her sorrows and cares. The pastor prayed for the family and invited them to church. Kailea’s lonely heart leapt; she ached for companionship. Kailea went to church with great expectation. She entered the presence of God in prayer and worship, pouring her troubles at the feet of Jesus. Immediately, relief and peace flooded her soul.

Afterward, the pastor and his wife, Callia, took time to counsel Kailea and invited her and Peony to stay for a fellowship lunch. Kailea had been rejected so long by others; the welcome and acceptance she experienced at the church was a soothing balm to her wounded heart. Did they truly not see the mud on her name? Did they truly care about her?

Kailea and Peony went home with full hearts, full stomachs and full pockets. Pastor Kagan fulfilled his promise to help find a solution for their dilemma. He and Callia gave them food as well as funds to help with overdue bills, and they continued to help Kailea and Peony in their difficult time. The financial assistance enabled Peony to continue her studies.

Overwhelmed by the display of love and acceptance, Kailea and Peony returned to the church and eventually became active participants. Kailea has joined the Women’s Fellowship and attends Bible studies in addition to the weekly services on Sunday. With a light heart, Kailea is trusting God to take care of her problems.

“I am so glad that God saw my difficulty and problems and gave me peace and joy of salvation,” says Kailea. “I especially thank God for Pastor Kagan and Sister Callia, who continue to minister and help me in my time of distress, which is a great strength when all around was negative.”

There is a new light in Kailea’s eyes, a new spring in her step. She no longer hangs her head in shame. Neighbors who previously scorned her have noticed the change in Kailea’s life and have ceased spreading rumors. Her life has been truly transformed by the love of Christ.

Thanks to your support, women like Kailea are being impacted by national missionaries across Asia with the unconditional love and acceptance of Christ.