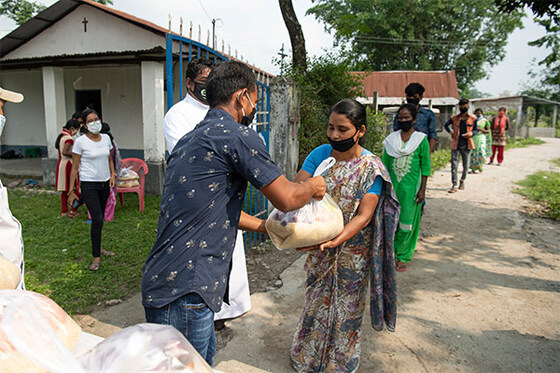 GFA workers have distributed much-needed groceries and meals to thousands of families during the pandemic.

Running Out of Options

Work had run out. Government assistance had run out. Phaedra dreamed of a better future for her children, but now she couldn’t even feed them. Hope flickered on the brink of extinction.

After her husband’s untimely death, Phaedra left the only village she had known in search of work to provide for herself and her two teenage children. With little education, Phaedra’s options were few. But Phaedra worked hard as a janitor in the local primary school, for a meager salary, while her children went to school in hopes their lives could be better.

Suddenly the COVID-19 pandemic swept the world, and due to the ensuing lockdown, the school authorities ran out of funds to pay their employees. With no income, Phaedra and her children turned to government assistance for a daily meal. Weeks later, the family’s funds ran out, their meals ran out—and so did Phaedra’s options. Charitable neighbors sometimes provided food, but obtaining a daily meal became increasingly difficult.

A Visit of Providence

In her home village, Phaedra had been part of the church led by GFA pastor Damek. Concerned for her welfare, Pastor Damek shared her situation with Bakare, a GFA pastor in Phaedra’s new village. 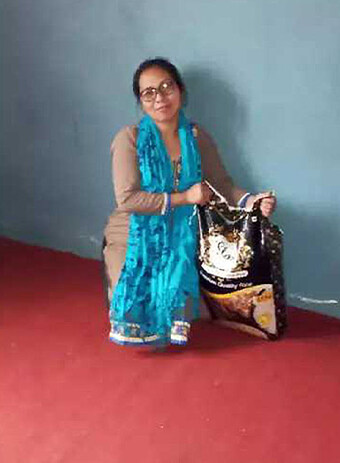 Phaedra (pictured) thanked God for providing urgently needed food for her and her children.

Hearing of Phaedra’s crisis moved Pastor Bakare to action. He and some of his church members visited Phaedra, showing her Christ’s love in the form of rice, salt and lentils. The timely aid filled Phaedra’s heart with joy and rekindled the hope within her.

“I had almost lost my hope during this dark time,” Phaedra said. “My children were hungry, and we had no one to approach for help. The Lord sent His people and helped me with my needs. I am so grateful to Him and [the church] for providing me these aids.”