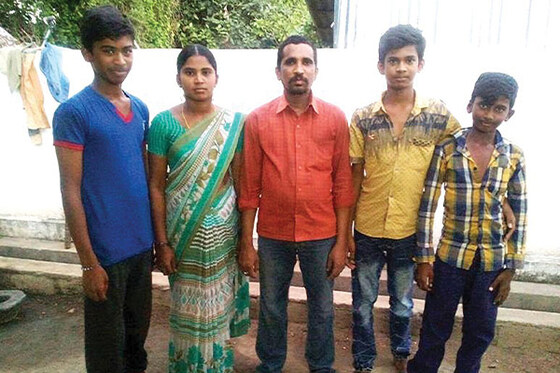 Sabin (pictured alongside his wife and children) suffered from a debilitating and mysterious illness for months, and he was skeptical that prayer would help.

Sabin accepted another morsel from his wife’s hand. He had been bedridden for five months, with no explanation as to the cause of his sickness. Miserable and helpless, Sabin couldn’t even eat or drink without assistance. His condition was pathetic, but what else could he do? Hadn’t they already exhausted their resources?

After Sabin suddenly fell ill, he sought medical help. Doctors ordered an MRI and a CT scan, but the reports appeared normal. The family poured money into treatment for Sabin, but nothing explained his erratic behavior or sudden paralysis. Not only did they fail in finding a cure, but Sabin’s costly medical treatment propelled the family into financial crisis.

Some relatives suggested Sabin’s wife, Phebe, sacrifice to their local deity. Such religious traditions were prevalent in their village, and they had attempted to appease the gods in this way previously for other things, yet their family lacked true peace or happiness. Willing to try anything to help her husband, Phebe bought and sacrificed an animal—but Sabin’s condition did not improve. It only worsened. Hope for Sabin’s survival dissipated.

Not all hope was lost, however. A local believer learned of Sabin’s condition and suggested they meet a team of GFA women missionaries serving in the area. These GFA workers carried hope to children and adults in the community, offering it generously in the form of children’s programs, encouraging words and caring acts. More importantly, these workers were women of prayer.

“If the sisters pray, surely, you will get healing,” the believer told Sabin.

Sabin was skeptical. After everything he had been through, everything he and his family had tried, he doubted anything would help.

Then the sisters happened to visit Sabin’s house and shared encouragement from Scripture. One verse—“The LORD is my shepherd; I shall not want” (Psalm 23:1)—became a salve to Sabin’s heart, bringing comfort and courage.

The sisters returned regularly and recognized a demonic force at work in Sabin’s oppression. They fasted for eight days, earnestly praying for hours each day for Sabin’s deliverance.

“While we were praying, the evil spirit used to shout and stare at us,” the sisters recalled. “Yet we courageously prayed.” 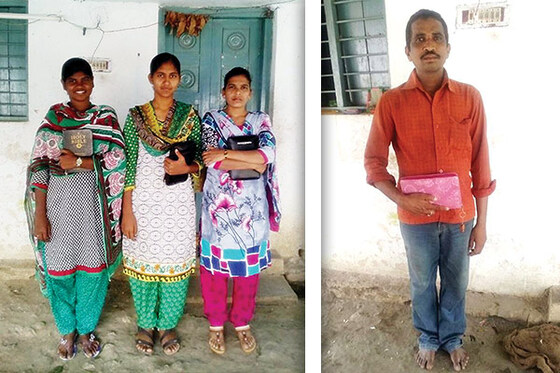 Sabin and his family also visited the local church, led by GFA pastor Darek. Finally, Sabin gained peace and freedom from the bondage of the evil spirit. Slowly, to the family’s surprise, Sabin regained his health. Then, to the family’s joy, he began behaving normally. Their neighbors also were amazed by the transformation. Sabin and Phebe praised God for His mercy on Sabin’s life.

“I was having fear in my heart, and I felt weak in my body,” Sabin says. “I was wandering like a mad person. … I had no hope of healing and was completely helpless. I thank Jesus for delivering me, and also thank these three sisters who spent their time in prayer for my deliverance.”

Sabin’s life has been transformed in Christ because of the compassionate, fervent faith of these women missionaries. They offered hope when Sabin believed all hope was gone. Thanks to donors like you, national workers are bringing God’s hope and freedom to people like Sabin, changing their lives forever.

Next: Bringing Hope by Boat