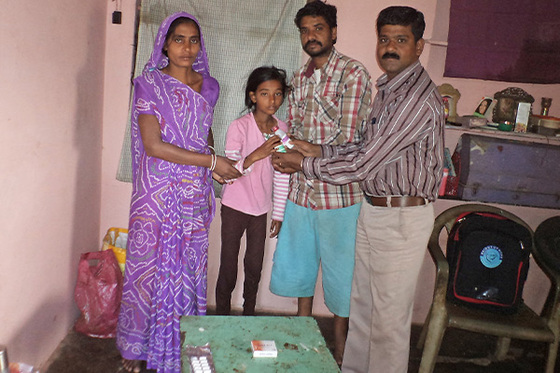 Primia’s throat burned. Each time the young girl took a sip of water, her throat protested. Every bite of food took effort to swallow. Her parents thought it might be a side-effect of the weather, but as the months passed, the pain grew worse. Belicia, Primia’s mother, took her to the hospital, where she found out Primia had a severe case of tonsilitis.

The doctor recommended Primia undergo surgery to relieve the girl’s pain and prevent it from getting even worse.

After the operation came the news that Belicia perhaps dreaded most: the cost. They couldn’t afford the medication needed post-surgery, a side-effect of the poverty that afflicted their family. Belicia worked cleaning houses, earning a small amount of money. Primia’s father worked, too, but he spent his income mostly on alcohol instead of on his family, so Belicia alone had to provide for Primia and her older brother.

Belicia went from person to person, asking for help. As she borrowed money, the distraught mother did her best to pay for Primia’s medication. Belicia’s efforts alleviated the immediate crisis, but questions loomed: How would she pay back the money she borrowed? How long would Primia need medication?

Help, Hope Given by GFA Workers

Then, one day, three GFA World child sponsorship workers visited Belicia at her home, having learned of the family’s struggles. Primia had been a member of the program for three years. Without her enrollment in the program, Primia would not have been able to continue in school.

Among the various benefits the young girl received, including proper nutrition and tutoring in her studies, what Primia gained from the most was the care and guidance of the staff. The teachers encouraged Primia to be her very best, correcting and inspiring where needed.

But this care didn’t extend only to Primia. After hearing of the family’s financial plight, the workers visited their home to offer prayer and encouragement. Tears welled in the harried mother’s eyes as they spoke. Desperate, Belicia asked if the staff could help. Could they pay for Primia’s medical expenses?

Yes, they responded, they could help.

Belicia couldn’t believe it. It seemed almost too good to be true. Relief poured over her heart, leaving her nearly speechless. 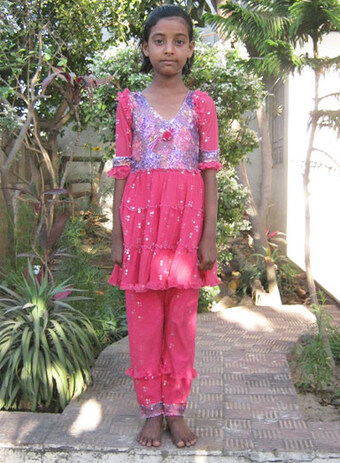 “There are not enough words to thank the help that is lent from [the program staff ],” Belicia said. “Today, my daughter is alive just because of the prayer and assistance from [the program]. I can never be able to forget this great aid.”

With the help Belicia received from the GFA workers, she would no longer have to worry about increasing debt. As Primia recuperated, the workers visited and checked on the young girl, offering prayer and encouragement for her and her family. They were committed to seeing Primia flourish so she could reach for a better tomorrow, no matter what difficulties she may face.

Thanks to your support, stories like Primia’s take place wherever GFA missionaries serve. These faithful men and women can bring Christ’s compassion to the communities they work in because of donors like you. May the Lord bless you!

Next: Gift Offers Hope for Next Generation