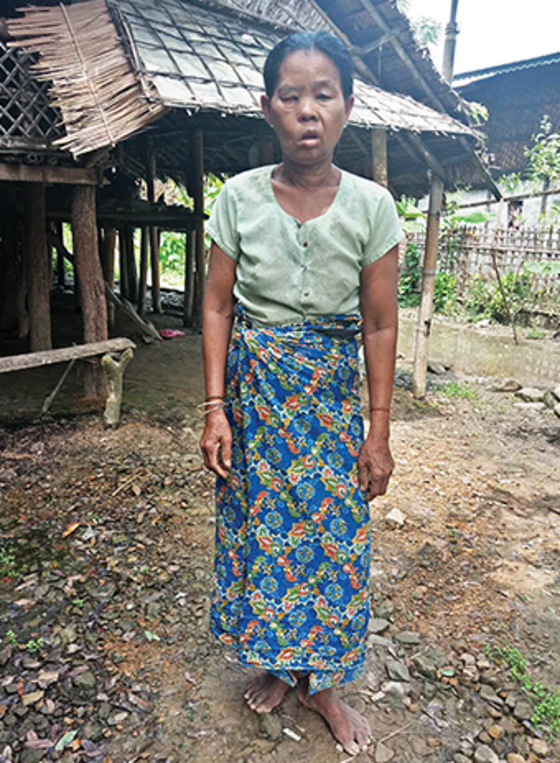 An injury nearly robbed Mahina (pictured) of vision in one eye, but a pastor’s love and prayers helped her recover and find lasting hope.

A Balm of Love for Her Eyes and Soul

Pain shot through Mahina’s eye. A piece of the wood she was cutting had splintered, flying into her eye. Though the wound did not bleed, the pain lingered, as did the effects. In the days to come, Mahina discovered her vision had been impaired by the injury. With no money for medical treatment, Mahina suffered helplessly. Would she ever regain full sight?

Mahina and her husband, Yuma, lived in a small village largely dependent on agriculture. Years of physical labour as farmers had taken its toll on their bodies. The couple could no longer work as hard as they once did, but work they must. With no children, they had no one to care for them. They had no one to help them when Mahina needed medical care for her eye.

Then GFA pastor Teran came to their door. Many times before, Pastor Teran had visited the couple, encouraging them and inviting them to church. Years earlier, Mahina and Yuma had attended church regularly. Now, they lived as they pleased and paid no heed to the pastor’s words.

When Pastor Teran learned of Mahina’s condition and their inability to acquire medical care, compassion swelled in his heart. The pastor comforted them and prayed for Mahina’s complete recovery. But his compassion extended beyond words. Pastor Teran also helped them financially, buying medicine for Mahina’s eye. He continued to visit, praying and encouraging. Slowly, Mahina recovered in full!

Pastor Teran’s acts of love stirred Mahina and Yuma’s hearts. Perhaps they found it difficult to believe someone would care so much for them. The couple began attending church again. There, they became reacquainted with the greatest Love of all.

Thanks to donors like you, GFA missionaries like Pastor Teran can impact lives with Christ’s love and compassion.

Next: Church Brings Aid to the People of Myanmar